Diving in the Twilight Hours

As the image shows EDS recently completed a night dive at a local reservoir. 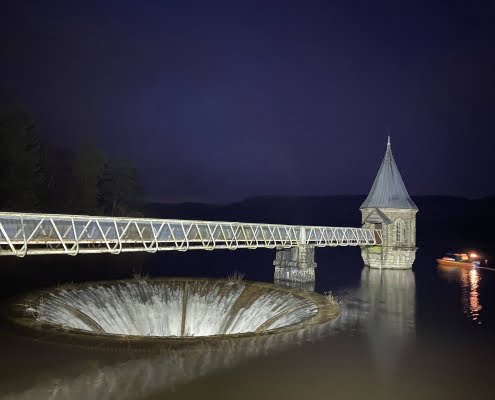 On this particular project EDS were asked to survey the draw-offs on the intake tower of the Reservoir. Due to the Reservoir feeding into a Water Treatment Works, and subsequently the local residents, the only downtime that could be scheduled was through the night. Working in poor visibility is nothing unusual for EDS neither is working in the twilight hours.

A lighting tower was set up on the dam crest to illuminate the working area, and EDS used their own Dive Boat to gain access to the tower. An ROV survey was carried out, as well as a dive survey. The ROV survey included an inspection of the draw off valves and confirmation of all isolations prior to the diver entering the water. The ROV was also used as a visual aid for the water authority personnel operating the flap valves to the upstream of each draw-off; enabling the operator to check the movement of the valve against the operation of the actuator.

Using the ROV to inspect the conditions of the fixtures and any potential safety hazards prior to the diver entering the water allowed the diver to carry out a detailed conditional and dimensional survey of the intake mains and associated valves. EDS successfully completed an inspection of all valves and pipework associated with the intake tower, and made it home before the sun came up. 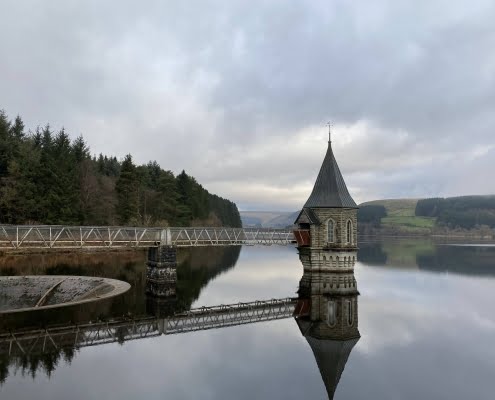 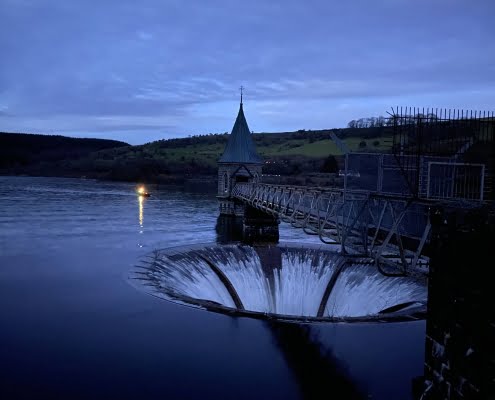